I have read that Divine Timing means that there is a set time for every event, situation and thing that happens in your life. Do I believe it? I am starting to!

The question then becomes how far back do you look or what do you count as divine timing? Something that I say in coaching is that you can’t FUCK up your life. Every decision that you make, no matter where it takes you or what happens following the decision, was the right decision. “Hindsight is 20/20” is a pretty popular quote – and without it, how will you ever learn? You made the decision to do that thing, to learn that lesson, to come to that conclusion, to move in that direction. If you had the foresight that taking that road or path would end with an unfavourable outcome, would you have chosen it? NO! But 3 years down the line when you get what you want because you took that path, then you can see WHY. 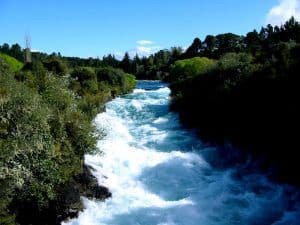 If you think of life & divine timing like a raging river, you might be more apt to stop fighting the current & trying to swim upstream – wearing yourself out, forcing, fighting, working hard – and you might recognize the benefit of going with the flow. Let go of the reins a little and open your eyes to more around you. Wallace Wattles talks about this in his book The Science of Being Great – how everything in this world, right now is perfect. AND incomplete. The Government, education and health care system, your life – it is all perfect and incomplete – that means there is more! 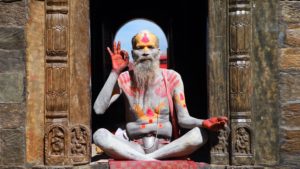 My trip to India was for an amazing coaching retreat with my Spiritual Business Coach Jesse Johnson. The words to describe the entire experience was straight up – Divine Timing. It started 19 months ago when I met my coach, she told me India was amazing and that she would take me there one day. We made a deal in my second round of coaching with her, that I would give up my one on one retreat to go on a trip with other participants to India for 10 days. And that we did. It started with dates – due to my crazy schedule she asked for dates that would work for me and I gave them to her.

When she started doing her research, it turned out to be the dates I gave her, a famous Kirtan singer Gaura Vani was in the country hosting his own retreat. We made our way to the Govardahn Eco Village to stay, where him and other popular New York Yogis were also hosting retreats. Waking up in India going to practice old school yoga with live Kirtan. WOW. And then… a private sitting with Radanath Swami, the Maharaj, yet more divine timing as he was visiting at the exact same time. From there we traveled on to Bombay to attend the flower festival where we were blessed with 2.5 tonnes of flower petals all over us, as a gift from Krishna. 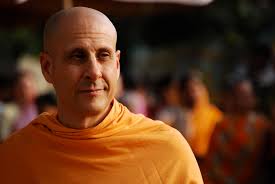 You think that would be enough, but it wasn’t. The entire trip was all about being at the right place at the right time. Even when we were heading out of town to visit Janeshwar’s Samadhi we were sitting in a car waiting to leave; the air was ripe, we were sweaty, and one of the retreat participants was getting antsy. We were delayed and on Indian time, but had we left when we were supposed to, Gaura would not have strolled by and invited us to attend a private concert as his guests! When we were heading back to town from the Samadhi, we had been given the opportunity to visit Tukaram’s village and chose not to. One of the girls was bummed, as she had wanted to go and when we got in the car to leave, one of the attendant’s names was Tukaram & he said, I am here to see you off! WHAT? 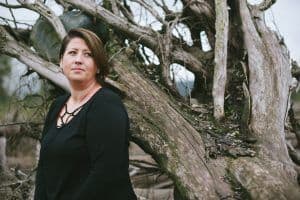 And now I look back at my whole life, just like it is the trip to India. Every choice I have ever made, whether divorcing my husband, going to med school to quit it or taking Yoga Teacher Training, it was all the perfect decision.  AND there is more. So much more. I am able to stop trying to fight my way to the top and go with the flow. When I look at decisions and divine timing, not only was I presented with everything like it was on a platter, I took the plunge. Yes I was scared, yes it was a lot of money, and I did tell myself that if I was left with nothing, it was fate. What do you think?